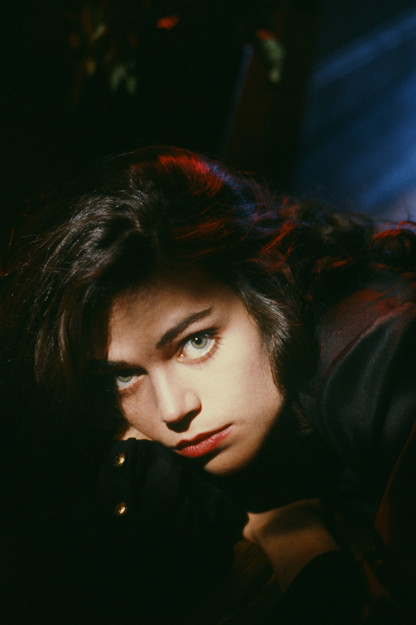 Born in Paris in 1964, Carole Bellaïche started taking photographs at the age of 13. As a teenager, Carole went to the cinema with her best friend and together they explored photography. On Wednesday afternoons, armed with her father's camera, Carole had Pascale pose. The camera has a long focal length of 85 mm, the one used by cinematographers on film sets. When she returned home, in her bathroom, she learned to master developing and making prints; she sought high contrasts and deep blacks. In the summer of her 15th birthday, on holiday in Provence, she met François Truffaut. She showed him her photographs. He looked at it and said to her "you are a real photographer". The impetus was there. Her first series was noticed by Dominique Isserman in 1978. She then gave him advice and introduced her to actors and actresses who wanted to produce their portfolio. The commissions and friendships followed. Carole Bellaïche is a portraitist with a passion for the cinema. She stages her models and probes their intimacy. Her archive covers 40 years of career, meticulously filed in dozens of drawers. Each year has its own drawer and a box with contact sheets. Carole knows exactly when each photo was taken. Her collection is her secret, which she now wants to show.