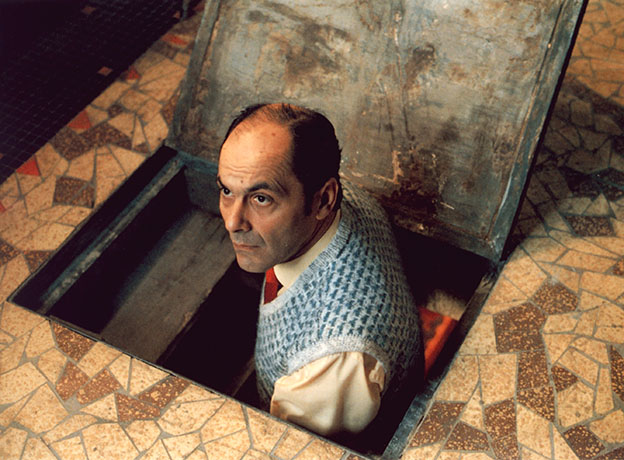 Jérôme Plon is a photographer and director. He began his career as a set photographer with Cédric Klapisch, his childhood neighbour, on the shooting of Le Péril Jeune (1994). They followed each other for more than 15 years, during which Jérôme Plon became his regular set photographer until Casse-tête chinois in 2013. On a set, Jérôme Plon defines his role as one who must “find the perfect image that sums up the scenes in order to condense them in time, intensity and action.” Condense the off and on in order to make the public want to go and see the film. While capturing the essence of a scene in a closed frame, Jérôme Plon opens up to fiction. He always carefully selects his frame and the light he lets in, allowing him to create a fictional universe and modulate the intensity of the image. The advent of digital technology has put a strain on the profession of set photographer. Truly convinced that filming is above all a human experience, Jérôme Plon bears witness to a time when the border between true and false was blurred and when the off-side of the staging had to be staged itself. After collaborating with Jean-Pierre Améris, Nicole Garcia, Katell Quillévéré, etc., he has directed two short films and is currently working on a feature film project. He also works with the French publishing group Hachette on tourist guides and gives lectures on cinema to teachers and high school students in Paris.