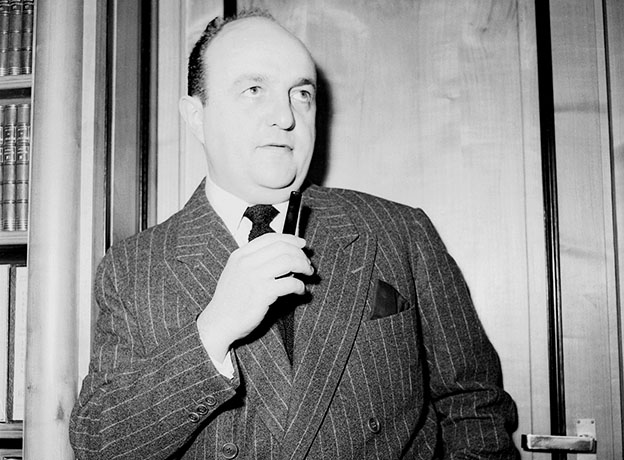 Georges Retif de la Bretonne is one of the descendants of the 18th century libertine author Nicolas EdmÃ©e Restif de la Bretonne. He was born on February 20, 1930 in Dun-sur Auron. He lived his childhood in Bourges, and made his studies at the Institut Sainte-Marie. At that time, he dreams about journalism and cinema. At age 18, he decides to live in Montmartre, Paris, where he meets two important men in his life. Henri Bosc first, who is a drama teacher, and who will ask him to photograph his students. The second determining man is Jean Nohain, who challenged him once to write and photograph a famous artist. Georges rises to the challenge and call the famous French actor Fernandel who plays at that time âTu mâas sauvÃ© la vieâ at the ThÃ©Ã¢tre des VariÃ©tÃ©s, a play written by Sacha Guitry. Fernandel agrees. He will then become creative director of âChez nos Vedettesâ and editor in chief of the art magazine âLe Journal des Collectionneursâ. He keeps good relationships with the artists he photograph, which leads to surprising scenes such as Line Renaud lying in her bed or Jean Gabin shaving his beard in front of the mirror. From 1953 to 1960, he makes portraits of MichÃ¨le Morgan, Jeanne Moreau, Charlie Chaplin, Maurice Chevalier or Luis Mariano. He was one of the very first photographers to make the portrait of Brigitte Bardot before her role in âAnd God Created Womanâ by Roger Vadim. After 1960 Georges decides to dedicate his life to another passion: History. And more precisely Napoleon I. He is the author of âAnglais, rendez-nous Napoleonâ, published in 1969, where he thinks that Napoleon has not been buried in the Invalides but at Westminster Abbey. Michel Simon, his friend, prefaced the audio record of this investigation. After having worked at French magazine Le Figaro, he retired in Bourges where he died on February 28, 1999 at age 69.