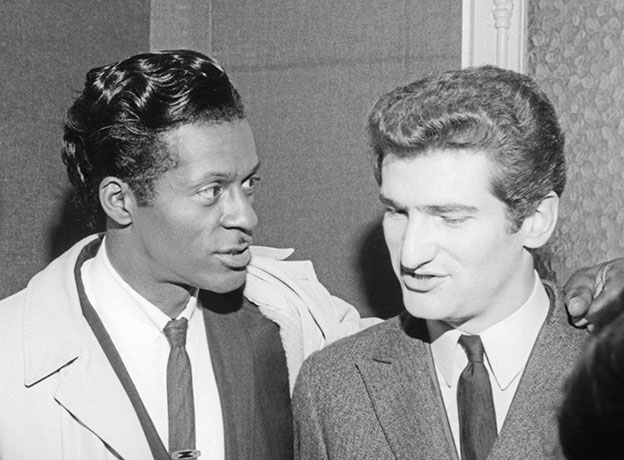 Passionate about music, André Crudo is also a French photographer. When he wins a camera at a raffle organized by his school, it's the beginning of a long passion that will make him the privileged witness of an era of artistic mutations in France. In 1960, he is working as an assistant at Vogue France when he meets the young and inexperienced Johnny Hallyday, who will become later the greatest singer of his generation. At the same period, he is also hired in the same band as the novice guitarist named Jacques Dutronc... André Crudo will also witness the advent of the mythical Golf-Drouot in Paris, a club where all Parisian youth would come, dance and listen to the new French or international talents. He will also photograph them all performing at the Paris Olympia Hall: The Kinks, Roy Orbison, Chuck Berry, The Beach Boys, Ella Fitzgerald, etc. Covering a period of 10 years, from 1964 to 1977, the photographs of André Crudo tell the story of the rock explosion in France and the emergence of a counter-culture guided by a youth eager for freedom.